Is the Disability Field Spinning a False Narrative of Increased Inclusion? 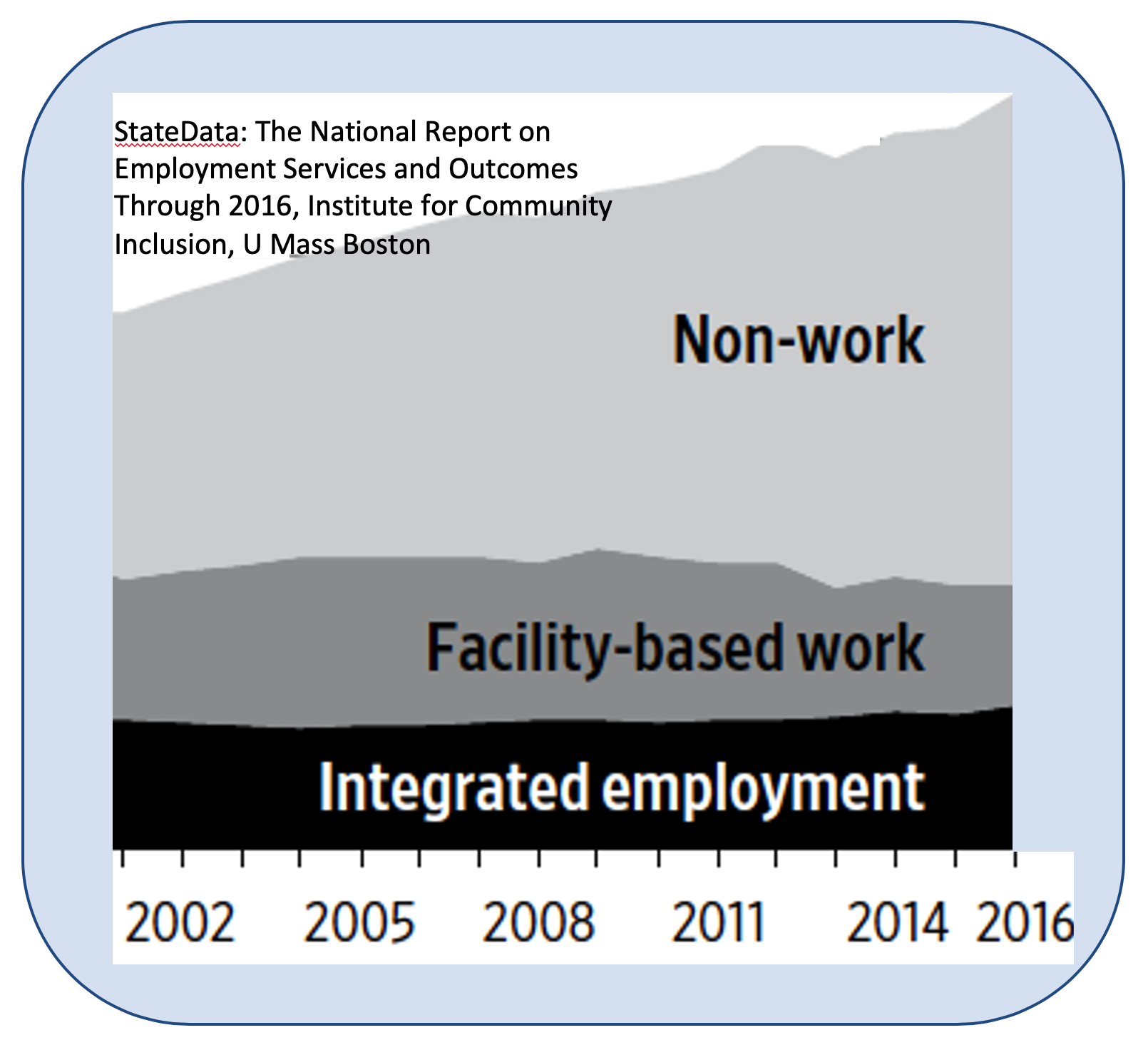 “My daughter graduated high school last year and wants a job, but her staff say she has one already – it’s in the workshop.”

Twelve years ago, I wrote about the “disability industrial complex, in a book called Raymond’s Room, noting that services nationwide are entrenched and unwilling to change. As I write this in 2020, people who have significant disabilities are still largely isolated, segregated, impoverished, and unemployed. While there are a significant number who live lives of worth and quality, this is sadly still not true for the great majority of people.

There has been only incremental improvement in this state of affairs since I started my work in 1975. This is not to minimize the actual progress made. Many institutions have closed and the census of people who live in one has declined dramatically. Educational programs are working to be more inclusive. The advent of supported employment and supported living have improved job possibilities, housing, and community living for a significant portion of people in services.

These gains made by the field, with better homes, jobs, and social life, are often celebrated, rightly, for the good accomplishments they represent. But this presentation of progress we tell ourselves and others, that these are examples of ever-increasing integration and individualization in our field, is in reality, not accurate.

Most segregated programs, set up in a past age of medicalization and congregation of people with disabilities, still largely exist with services concentrated in their old model – very few have actually closed or re-purposed themselves. In fact, they have increased in numbers served.

The Core of Services Remains Locked

To anyone who examines the participation in services, the module of traditional group and non-work appears locked and growing, while at the same time, the system has added smaller attached sub-modules that function as its “innovations.” For example, browse a number of disability service agency websites, you will learn that most supported employment programs are a small subset of much larger day programs that include workshops, day habilitation, and “non-work” services.

At conferences and trainings, impassioned speakers encourage disability staff to think “out of the box.” But afterwards, as participants return to their programs, major change rarely occurs, leaving the box intact. It seems it is the box walls that present the problem. They represent the status quo and appear too rigid to break down.

A False Narrative of Full Inclusion

Don’t misunderstand this message. I believe the elephant in the room is that there is a locked system that isn’t reflected in what we would like to think of as a new age of inclusion. That doesn’t mean there isn’t a lack of progress in quality service. Innovation and evidence-based practices do exist, and some are value-consistent and free of more restrictive models. But we need to admit that these remain an outlier. It is common agreement that we need to support such practices where they occur; they not only better support the people that use them, they also serve a purpose in that such programs can inspire.

But at the same time, I believe while we are busy with anointing model programs, we have managed to promote a story that doesn’t represent what the norm really is. The reality of what too many families and people with disability services face is a very limited, and too often, uninformed choice.

It seems that the main problem right now is not so much creating new innovation, as it is to scale up existing, evidence-based innovation to be the default. And, at the same time, it is more and more imperative for congregate work and non-work programs to first be halted in their growth, and then to actually reduce the numbers of people going to them.

This is easier said than done. It is a complex issue with no simple solution. But to begin, we need to acknowledge the problem, not pretend it doesn’t exist.