Supported Employment and the Higgs Boson 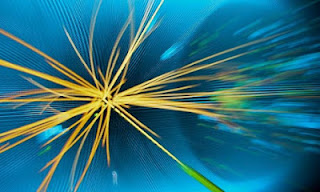 I have always been a bit of a science geek. I find a sense of understanding about life, and even spirituality, from the deep discoveries we are making in the cosmos, particle physics, and quantum mechanics. And the pace of recent discoveries has been exhilarating. Just a few short years ago, we only knew of the planets in our own solar system. Now the number of identified planets is close to 800. This kind of thing alters the perception of our place in the universe.

What I also love about science is illustrated by the recent confirmation of the Higgs boson, a tiny particle that’s been theorized but never found. Without getting into a technical description, discovering or ruling out the Higgs would alter our fundamental understanding of how things are and how matter, including ourselves, exists. It is a monumental achievement in science.

But before the announcement of the Higgs, like any theory without evidence, there were conflicting scientific opinions. A group of respected physicists doubted the particle would ever be found, and believed that it likely didn’t exist.

But here is what happened. After a good deal of research, the particle was confirmed. So what did the scientists who had a different view do? Did they refuse to accept the results? No. They discarded their own carefully developed theories and embraced the new evidence. Basically they said, “We were wrong; let’s move on in a world where the Higgs exists.”

Now compare this to the evidence facing disability providers regarding segregated employment and sheltered workshops. Researcher Bob Cimera offered this succinct summary of a 2012 study: “…individuals from sheltered workshops earned less ($118.55 versus $137.20 per week), worked fewer hours (22.44 versus 24.78), and cost substantially more to serve ($7,894.63 versus $4,542.65) than peers who did not participate in sheltered workshops prior to become supported employees.”

So, unless there is some contradictory evidence, wouldn’t it make sense to start planning a better way to fund day services than sheltered work? Yet, when this is proposed, the protesting roar of established providers has been loud. And it is based on their belief that “many people need a workshop; they are not productive enough to work in mainstream employment.” Well, where is the evidence? So far, all the research says that simply is not true.

Sheltered work doesn’t work – we have found our Higgs boson in the disability field, but most everyone still refuses to accept it.